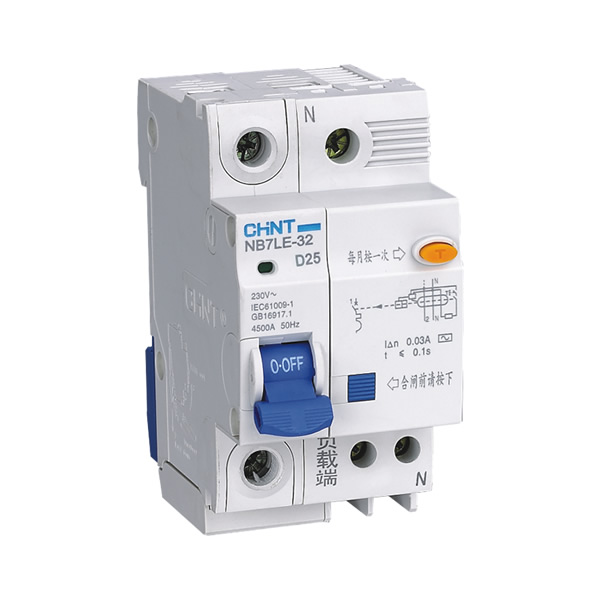 NB7LE RCBO
The NB7LE series residual current operated circuit breaker is
applicable to the circuit with an alternating current of 50Hz,
rated-voltage single pole and two lines/two poles 230V,
three poles/three poles and four lines/four poles 400V, and
a rated current up to 63A; when the human body gets an
electric shock or the network leak current exceeds the
specified value, the residual current operated circuit breaker
can rapidly cut off the power supply in trouble within a very
short time for the safety of the human body and the
powered equipment. With the function of overload and
short circuit protection, the residual current operated circuit
breaker can be used to protect the circuit or motor from
being damaged by overload and short circuit, and can also
be used for not-frequent operational transformation in the
circuit under normal condition.
The product meets the standards of IEC 61009-1. 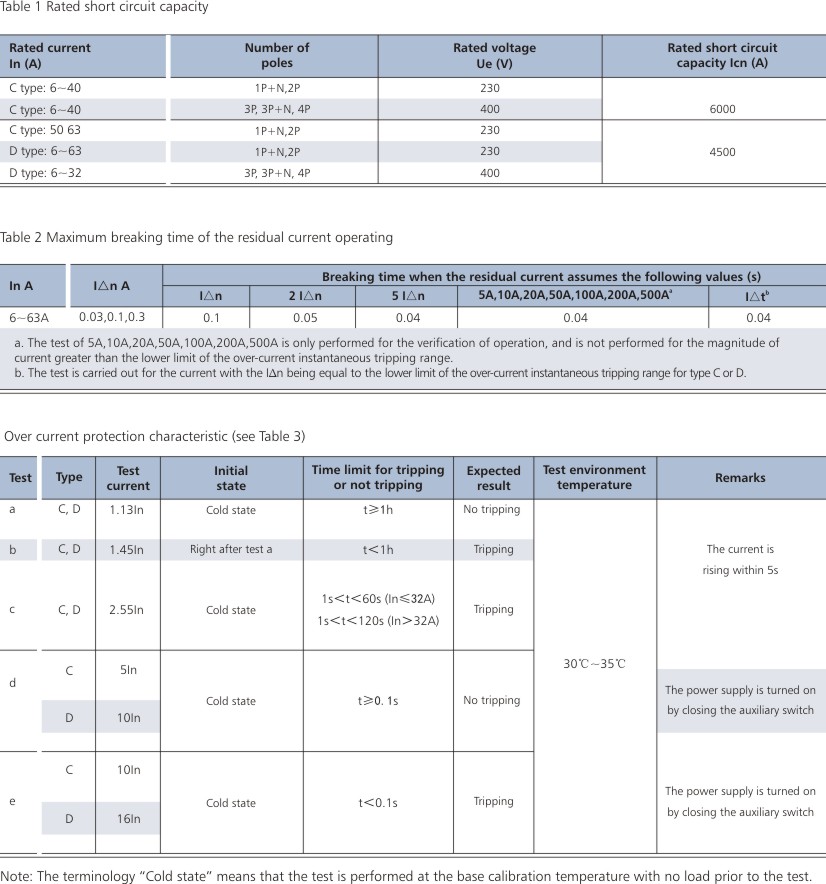 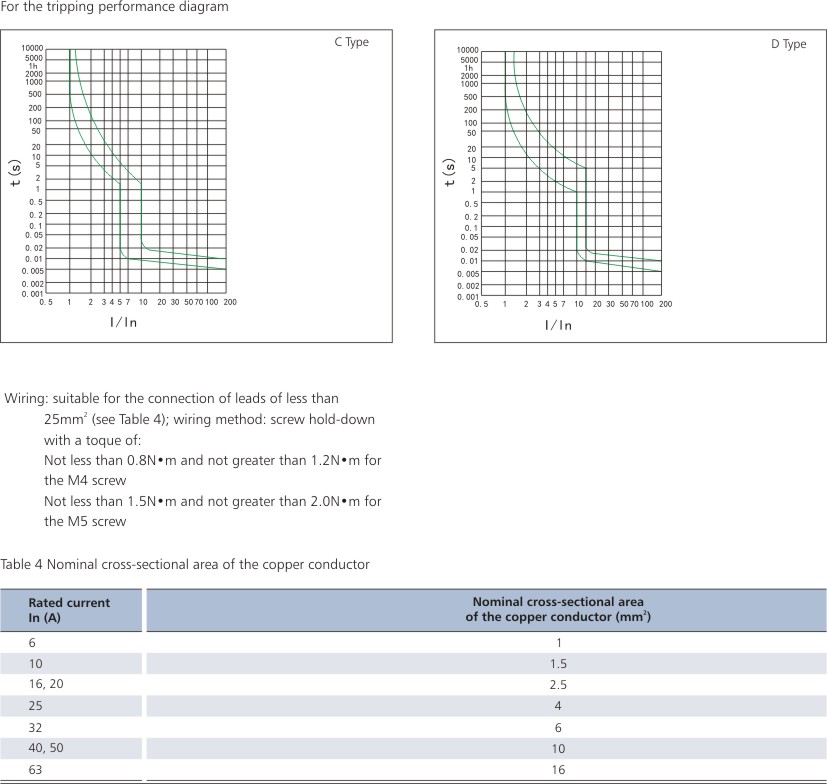